A Tale of Two Cities

Most Wanted: A detective tour over Europe

The Chest of Symbols 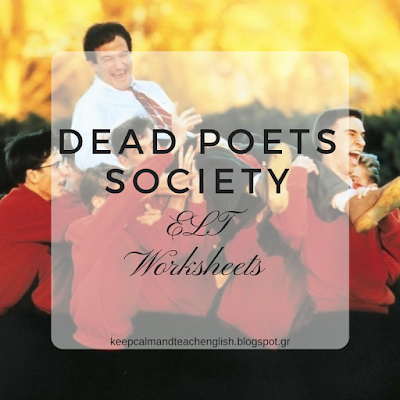 The 21st March is World Poetry Day and it is an excellent opportunity to show students a film I am particularly fond of (in fact most teachers are): Dead Poets Society.

Dead Poets Societyis a 1989 American drama film directed by Peter Weir, written by Tom Schulman, and starring Robin Williams. Set in 1959 at the fictional elite conservative boarding school Welton Academy, it tells the story of an English teacher who inspires his students through his teaching of poetry.

There are tons of worksheets out there for both native and EFL students focusing on different aspects of the film. The film itself is very rich in literature material and can provoke discussions on many issues like poetry, conformity, education, the list goes on.

The following worksheets are inspired by the ones found on the internet so in this sense they are not original. However they are written with my students in mind (ideally 15-18 year olds at B1+ level) and are adapted to what can be easily done in my classroom. 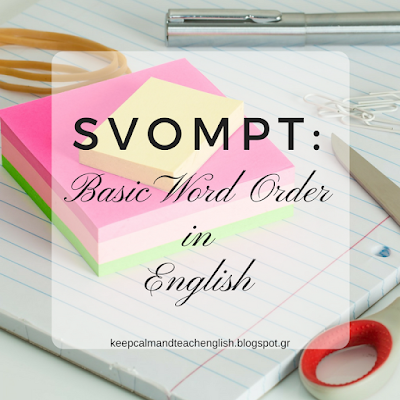 One of the most important rules a learner of English should learn is basic word order in English. It is very common for Greek EFL learners to write incorrect sentences as Greek syntax is very flexible in terms of word order. The English language however follows stricter rules and any sentence that does not follow the rules not only sounds wrong but is in fact wrong. We tend to emphasize the order of certain words within a sentence, like for example adverbs of frequency, but we don't give our students enough practice on basic sentence structure.

The following lesson has been in my mind for a long time as whenever I correct my students' writings I observe the same word order mistakes over and over again. I found an interesting diagram on SVOMPT in engames.eu but I decided to design it a bit different.

So here it is: 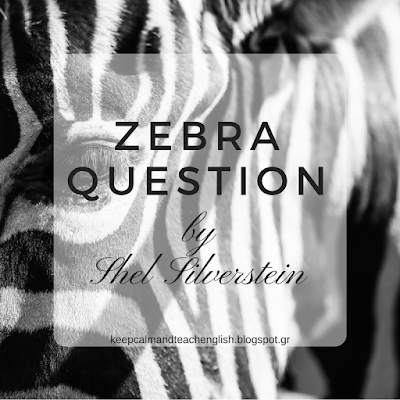 It seems that I have a soft spot for Shel Silverstein's writings. They are simple yet so rich in meanings and they are always accompanied with straightforward illustrations that make them ideal for children and adults alike. Three years ago I created a short lesson on The Missing Piece Meets the Big O. This year I made a short video for one of Silverstein's short poems, the "Zebra Question".
Zebra Question is a poem from the book A Light in the Attic, published in 1981. It is about a boy who asks a zebra whether it is black with white stripes or white with black stripes. The zebra replies somewhat sassily with an exhaustive list of questions: "Are you good with bad habits? Or are you bad with good habits? Are you noisy with quiet times? Or quiet with noisy times? and on and on and on in a repetitive way.

The poem reminds us to look at situations but also at ourselves from different perspectives. Nothing can ever be simply black or white. What do we really think t…